Decide how many stars this dj should get and click to vote
Rating: 4.3/10 (67 Votes cast)
SecondLife Status: Online
Image 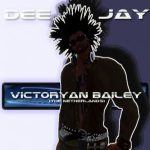 I am also proud to be owner of club Viction and the Cube Garden. This club is my hideout and practice place for my friends and me. The parties are always spectacular and a lot of fun with the most Talented DJâ€™s and there friends and party people.

In the real i am a Producer/ Remixer who started DJ ing in the year 2000 and started to develop my own sound and harmonic style.
In 2003 i joined a talented group called â€œ LiquidSpillersâ€ ( DJ/ Producers/ Musicians & Songwriters collective) Creating A MUSICAL VIBE in Rotterdam The Netherlands. I have worked with several big names and also learned the musical job by experience of those talented and gifted musicians. As a DJ i played with several well Know Rotterdam DJ’s and became a resident DJ at A local club. In SecondLife i promote LiquidSpillers company & real me as a DJ/ Remixer. I am trying to create a special dance sound and feeling in the house music. To create that absolute party sound i use my musical experience of the 70’s & 80’s and early 90’s and the influence of party Island Ibiza.
My goal is to get known in the world with my sound and with this great virtual medium.