Decide how many stars this dj should get and click to vote
Rating: 4.7/10 (51 Votes cast)
SecondLife Status: Offline
Image 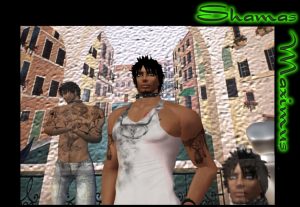 I believe all DJ’s should band together for the love of entertaining. It saddens me to see the new trend of DJ’s who mix turning their nose up to DJ’s who play… it’s all entertainment and all takes skill. Radio Personality type DJ’s who engage the crowd thru talking and understanding the mood of the crowd have just as much skill as a silent mic DJ who spins records and mixes music.. in the end it’s all entertainment and neither is a better class of DJ than the other. The same end goal is reached, and as a point of fact there are no real world radio stations who hire silent mic DJ’s.

When I started DJing
I have been on SL for three years and have DJ'ed most of that time. I also did some freelance DJing in the real world as well.
My Chosen Style
70s 80s Dance Indie Pop Rock Techno Urban
Events Played at
Biker's Haven, Party Like a Rockstar, Troc Rock Club. Pure Rhythm Dance Club, Club Sensual
Event Times
MY YOUTUBE URL
MY SURL
My Web Site
http://
MY SOUNDCLOUD
My Social Media

Decide how many stars this dj should get and click to vote
Rating: 4.7/10 (51 Votes cast)
Karel Hallard