Decide how many stars this dj should get and click to vote
Rating: 9.4/10 (14 Votes cast)
SecondLife Status: Online
Image 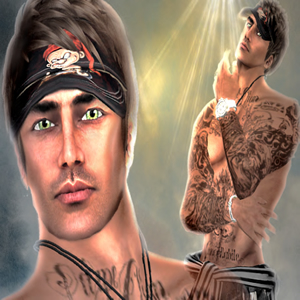 Barbarick Pete also known as Pete Barber was introduced to the underground music scene in 1996.My elder cousin used to play Drum & Bass tape packs all the time aswell as attending big events such as Helter Skelter. Barbarickwould always borrow tapes off his cousin until realising where I was able to get them from. After listening to the finest DJâ€™s in all genres of music including Mark EG, M-Zone, DJ Sy, Hixxy,Brisk, Force & Styles, Scott Brown and many more.i then started to develop a strong passion for electronic music aswell as the urge to play it. In 1997 my friend got a set of decks both of them together practiced night and day after school and weekends.
He then in 2001 got his first set of decks he had badgered his parents for the last 4 years, i got a set of belt drive decks!!!.
Then when i left school i saved and saved and got a set vestax pdx2000 with a numark mixer and headphones as i improved i got the bug to buy more and more vinyl.
I then put together my first demo cd’s and handed them out at the free party scene…..Finally i get my first live set on Rigit went down a storm since then i havent looked back i have played at many events around the uk in the underground scene.Live on radio and at clubs also it is now my passion i havent looked back.in 2008 i found another passion making and producing tunes various styles.
in 2009 i met nickie she pushed me into playing more influenced me in many ways got me back spinning drum and bass and hard house her and her kids are a big part of me thanxs for all your support

When I started DJing
13 years in rl 4 years in sl
My Chosen Style
DnB Fidget Garage Psy Techno Trance
Events Played at
many across sl and lots in rl temple of sound is my residency
Event Times
MY YOUTUBE URL
MY SURL
My Web Site
http://www.djshare.co.uk/BarbarickPete
MY SOUNDCLOUD
My Social Media

Decide how many stars this dj should get and click to vote
Rating: 9.4/10 (14 Votes cast)
Ozark Hax