Decide how many stars this dj should get and click to vote
Rating: 10/10 (4 Votes cast)
SecondLife Status: Offline
Image 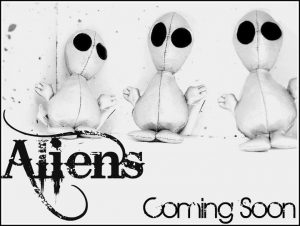 Oka’s career started on playing on virtual dj program on the pc, he found himself is good enough to be a real Dj, & his friends started to like his mixes and told him that his mixes are great,so he started to play on a Dj Equipment not only on the pc. He recorded alot of his mashups on a radio online..

then he took the Step of production by reading some books about Production and to know how to use the Production Softwares, He Took Piano Courses And he know how to play piano and Keyboard and this helped him in Playing and Composing his own Melodies. He Choose Logic Software To use because he found it the Best Production Software. And He Found a good team Consists Of 3 Partners ” Oka , Lith k , Tarek ” and they started working Together Since 2010 And they are Working on their 1st Release They Play Trance And their band is called ” the Aliens ” .

When I started DJing
My Chosen Style
Events Played at
Event Times
Imagination Show With DjOka. We Come in Peace With The Aliens.
MY YOUTUBE URL
MY SURL
My Web Site
http://www.facebook.com/pages/Dj-Oka/224372480003
MY SOUNDCLOUD
http://www.mediafire.com/?irqtzhgnrzy#1
My Social Media

Decide how many stars this dj should get and click to vote
Rating: 10/10 (4 Votes cast)
LeahJane Munro