Decide how many stars this dj should get and click to vote
Rating: 4.2/10 (40 Votes cast)
SecondLife Status: Offline
Image 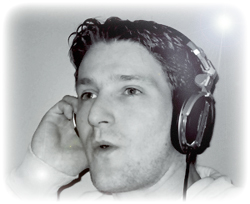 DJ/Producer Jigs, real name â€˜Bartâ€™, born on February 12th, 1980 in Antwerp, Belgium.
Started experimenting with creating samples & music on his computer by the age of 16, but since there was no internet back than, it was hard to get recognized at that age. He started DJâ€™ing at little local parties by the age of 17. Between 1998 â€“ 2003 he spinned all styles of music at the local youth house as â€˜resident djâ€™. From Pop to Oldies & 70â€™s â€“ 80â€™s, from RnB to House & Dance, from Rap to Metal & Hardcore using old CD players and simple mixer, later on with the first digital software on a PC.
Than he got married and got 2 wonderfull boys. He made priority of his family and quited DJ & Producing, but never lost his love for music and kept following the Electronic music scene and the evolution of it.

Since 2009 he got bitten by the DJ bug again and mainly focusing on House music, especially Progressive & Tech House, but also Dirty, Tribal, Electro & Funky House. At the age of 30 and since he was quite a while not present in the club/dj scene, itâ€™s hard to get recognized and so still looking for places to get back the hang of it. Nowadays he spins some small gigs once and a while, but would love to spin his style in a club. So in the meantime heâ€™s more of a bedroom dj looking out for opportunities. His music librabry is updated with the newest releases and he uploads a few mixes each month for his social network fans, spins at online radiostations, like Bhotradio and in some big 3D virtual world clubs in SL. He also keeps experimenting and learning the newest techniques using producing software like Ableton Live, Melodyne, Powertools and others, hoping to get some tracks released soon!

Decide how many stars this dj should get and click to vote
Rating: 4.2/10 (40 Votes cast)
DIRTYANGEL Iwish