Decide how many stars this dj should get and click to vote
Rating: 4.6/10 (49 Votes cast)
SecondLife Status: Offline
Image 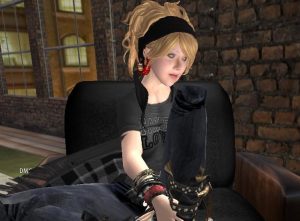 I have been a dj in SL for nearly three years. I have a rl background as a press agent and rock critic, and have an extensive knowledge of many different genres and styles. I enjoy keeping the ‘segue’ alive. I own my own club The HangOut@Butler’s Wharf, which in its four months in business has become one of the most photographed and written about clubs around with a healthy membership and patronage. I am partnered with Morrissey Short, my RL/SL sweetheart which takes me to RL London as often as possible.