Decide how many stars this dj should get and click to vote
Rating: 4/10 (3 Votes cast)
SecondLife Status: Online
Image 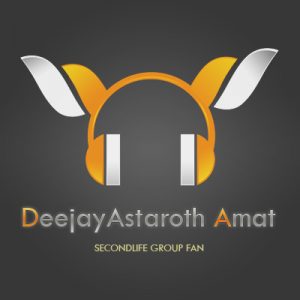 Deejayastaroth Amat, was born to this universal parallel the 20 of April of the 2007, by its coarse experience in its real life, and thanks to the support of all those people who always trusted him, to the three days to enter this virtual world who fascinates to us, began their race like DJ, in 4 Vicious play. A beginning to the great thing and successfully.
Their beginnings were a mixture of makina, house commercial, and dance, but after a month approximately, he entered a world little but advanced and cultured, being centered in house to remember and commercial. But this was so single a step for a refinement and a customized style, within which he is electrohouse and the minimal house. Nevertheless and as the great DJ do it, before the request of the clients never one discards other styles or the regression to styles already surpassed.
to speak of its currÃ­culum in second life, we can emphasize sites like: Club Vega, Space Ibiza, MatinÃ©e, Amsterdam Arena, The Milky Way-Bloodmilk o Club Vital Staff.
As it is possible to be observed, an increasing and mighty race marked the passage until today crossed by DeejayAstaroth Amat. But as always it happens to the great ones, BEST THIS TO EVEN COME

Decide how many stars this dj should get and click to vote
Rating: 4/10 (3 Votes cast)