Decide how many stars this dj should get and click to vote
Rating: 4.8/10 (66 Votes cast)
SecondLife Status: Offline
Image 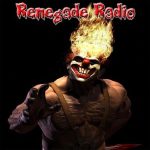 I came to SL 4yrs ago as a DJ. My first show was at the parrothead gamers with PVRadio. I later moved on to do shows in many clubs and Eventually started Renegade Radio. Renegade Radio was the offical radio Station in SL for Pontiac, DVA, Motorability, SLNascar, Pepsi and Maxim Magazine. Over the years I have won many awards in RL and in SL. In 07 I went 24 hours live for cancer, and in 08 I went 26 hours live. I am heavily involved with many charities. I love to have fun and just entertain people. I am currently the GM of the Valhalla Packers who are members of the Second Life Football League. I am also a Star on the Desperate house Wife’s of Beaver Falls that airs on Metaverse TV. I took time off SL to take a Rl djing job, but now I am back and SL will never be the same!

Decide how many stars this dj should get and click to vote
Rating: 4.8/10 (66 Votes cast)
Radar Buccaneer